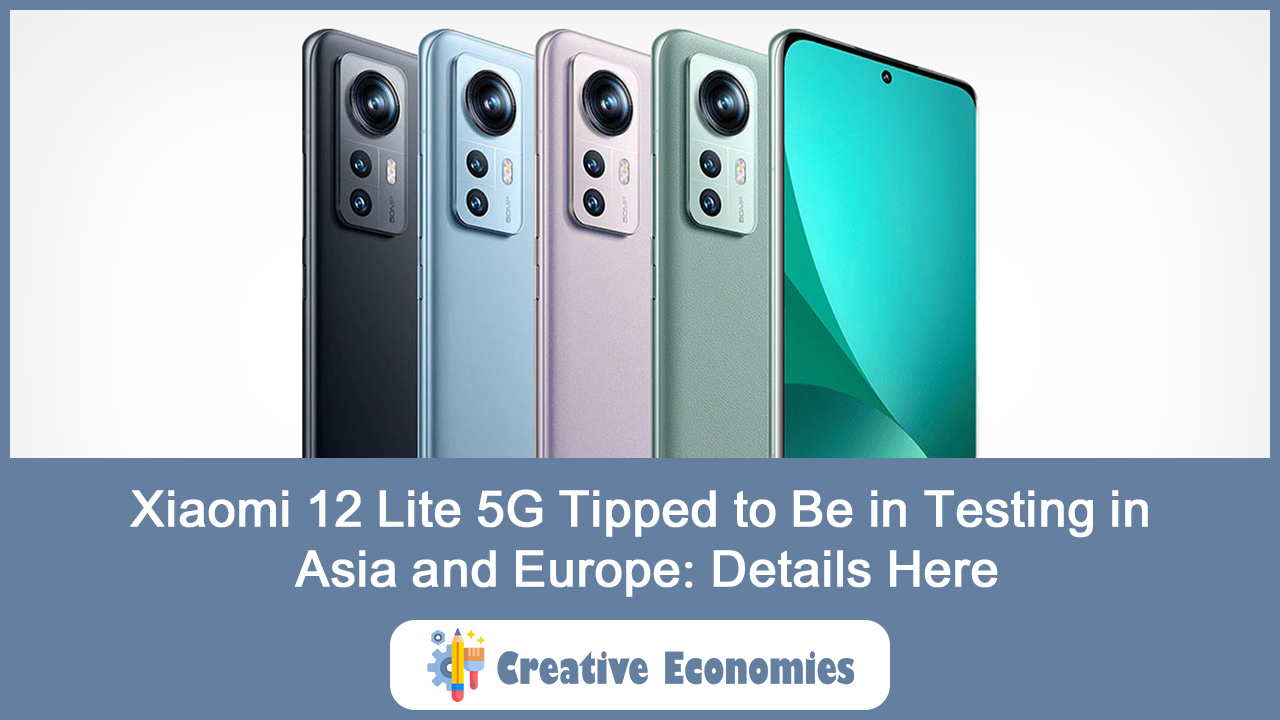 The Chinese Company, Xiaomi is all set to launch the new Xiaomi 12 Lite 5G. With the launch of this smartphone, Xiaomi will have a new model added to its Xiaomi 12 lineup.

The upcoming Xiaomi 12 Lite 5G is expected to be a mid-budget smartphone, which is currently being tested in the Asian and European markets. It is reported to arrive soon in the market once the company is done with the testing round.

As per reports, Xiaomi is most likely to launch the new Xiaomi 12 Lite 5G in the coming months.

Based on a report by Xiaomiui, Xiaomi is planning to launch the Xiaomi 12 series of smartphones. There are rumours that Xiaomi 12 Lite 5G is going to be the cheapest model in the series. Currently, the company is working on its development.

As per reports, the new Xiaomi 12 Lite 5G is currently being tested in the Asian and European markets. It is likely to have two software versions: V13.0.0.24.SLIEUXM and V13.0.0.7.SLIMIXM.

Earlier, the Xiaomi 12 Lite was allegedly spotted on the IMEI database, with the codename ‘taoyao.’ It showed the model number 2203129G.

This new smartphone is expected to have similar features to the base model, Xiaomi 12. It is also said to have a 3D edge design like the Xiaomi Civi.

It is also said to have support for ‘Always-On Display.’ There is supposed to be an in-display fingerprint sensor powered by Goodix.

The handset is expected to be powered by a Qualcomm Snapdragon 778G+ SoC chipset for an incredible performance.

It is said to be equipped with a triple back camera setup featuring a 64-megapixel Samsung ISOCELL GW3 primary lens. The phone may also have macro lenses and an ultra-wide-angle shooter to supplement the primary camera.

Xiaomi 12 Lite 5G might be the most affordable offering in the Xiaomi 12 series, but it is expected to have powerful features. However, all this information is based on rumours and speculations. As soon as we get more news, we will update you.