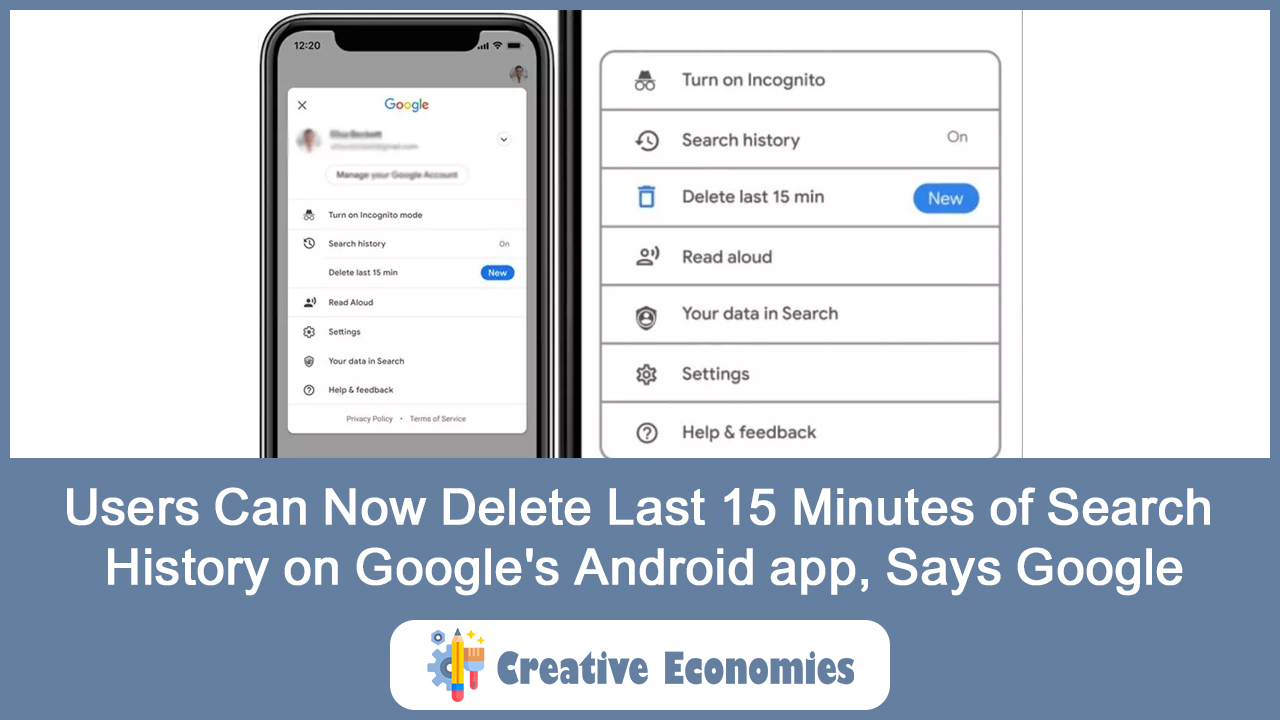 Google first introduced this new search history feature at its Google IO event last year in May. The feature was then made available in Google’s iOS app. But now it’s time for Android users to get the same feature.

The tech giant has introduced a new privacy feature on its Android app that allows users to delete search their history. The company has already started rolling out this feature and it will be available to everyone in the coming few weeks.

This new privacy option will help users to delete their last 15 minutes of search history from the Google app.

This feature was first introduced in Google’s iOS app after it was announced in last year’s Google IO event in May. After a year, this feature is finally being introduced to Android users too.

Anyone using Google app on their Android phone can use this feature. All you have to do is open the Google app, tap on the profile picture at the top right corner, and tap again on the option ”Delete last 15 min.”

This feature will come in handy while searching for some embarrassing topic that they don’t want others to see or find out. There are a lot of people who access the same Google account on different devices. So, if you are sharing your Google account with your family, this new privacy feature will be useful to you.

However, there are possibilities that the company might include it in the desktop version of the app as well. They might reveal the same at this year’s Google IO event, which is going to take place in May.

At this moment, Google offers three different options to automatically delete search history. One can delete the search history for 36, 18, or 3 months old.