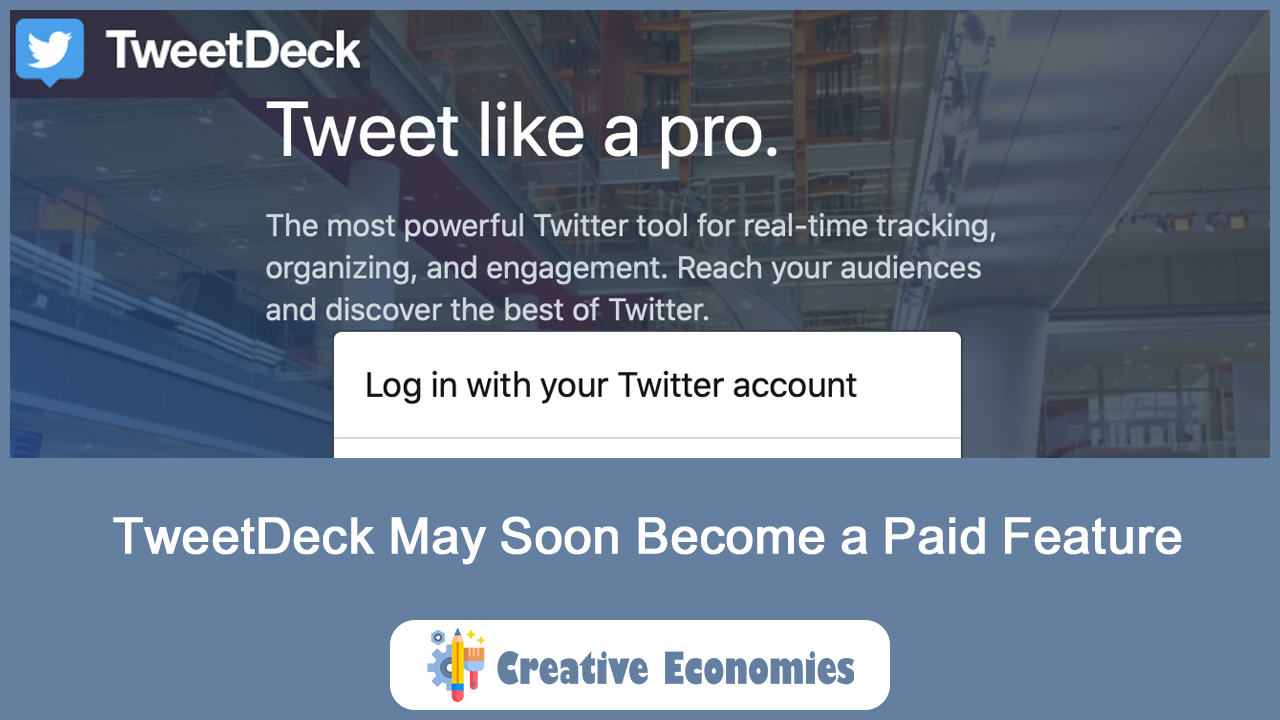 Recently, a tipster spotted Twitter’s management tool with a signup page for the upcoming TweetDeck version.

Last year in July, Twitter rolled out a big design overhaul for TweetDeck. The company introduced an advanced search option in TweetDeck to help users find better and relevant content.

During this IPL season, Twitter also added a dedicated tab for cricket on its Explore page in India.

Jane Manchun Wong, a reverse engineering expert recently discovered a Twitter sign up page that is still in progress. She shared a few screenshots featuring a powerful real-time tool for all Twitter users. It is said to provide an ad-free experience.

Last year, Twitter introduced a major design overhaul and included an advanced searched function in TweetDeck. This feature was added to help users find the content they are interested in.

TweetDeck shared several tweets about the new features. One of the tweets stated that the advanced Tweet composer allows users to create threads and add videos, photos, polls, emojis, or GIFs to their Tweets. Users can add all of this to their scheduled Tweets as well.

Users are also given access to new column types like Topics, Events, Explore, Profile, Decks, and Moments. This helps users to organise columns into groups.

Just a few days ago, Twitter announced their dedicated Cricket tab that they have introduced on the Explore page in India. Twitter claimed that the new tab is a standalone feature that allows cricket fans to find all the latest updates and news about their favourite teams, players, and matches.

The Cricket tab also features a live cricket scoreboard, video highlights, and other exclusive content. In addition, Twitter has also launched new custom IPL emojis in English as well as seven Indic languages. This is done to encourage engagement among cricket fans.

TweetDeck is a social media dashboard app that is used for managing Twitter accounts. It was originally introduced as an individual app before it was acquired by Twitter Inc. The social media giant then integrated it into its interface.

TweetDeck which is now owned and run by Twitter may soon become a paid feature exclusive to Twitter Blue. However, nothing has been confirmed yet.

We will keep updating you as soon as we get more news.