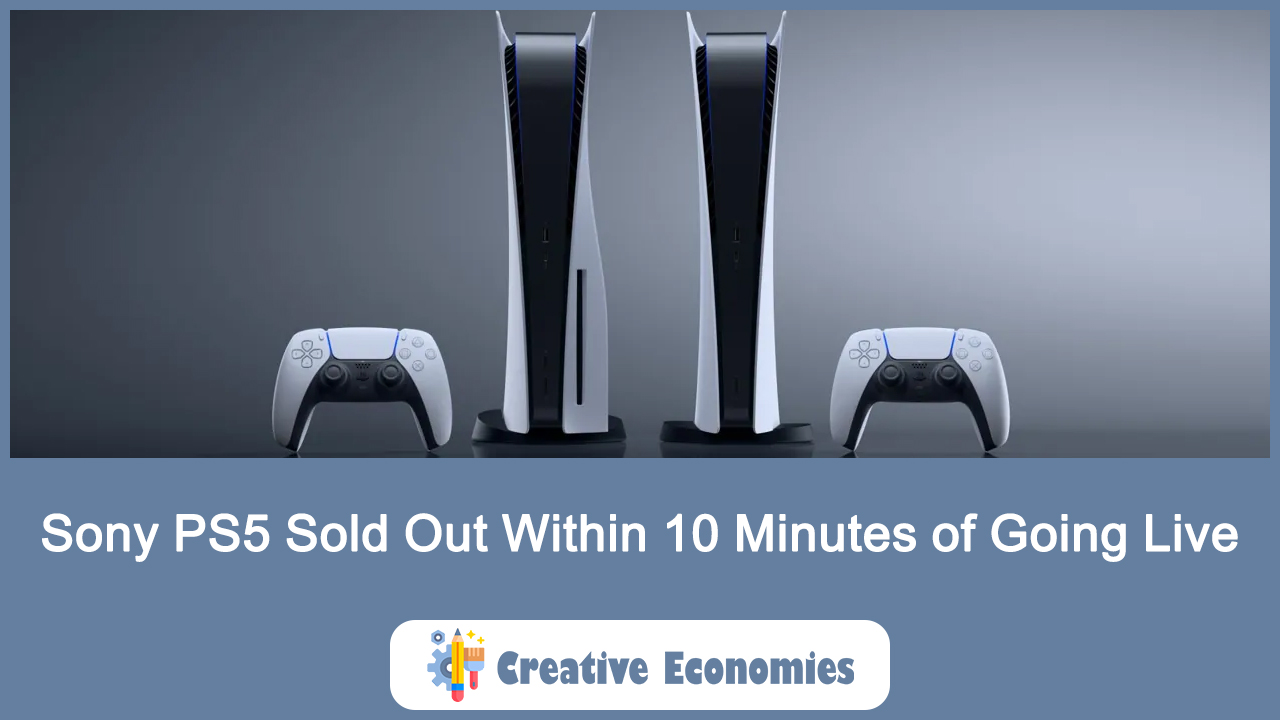 PS5 is the latest gaming console from Sony. It is a unique-looking console that is very much different from all the other previous consoles launched by Sony. The demand for Sony PS5 has been high since the first day it was launched.

Getting a new Sony PS5 console is getting difficult due to the global component crisis. Recently, PS5 went out of stock within 10 minutes of pre-orders going live.

The Sony PlayStation 5 is currently one of the best and most popular gaming consoles in the market. However, it doesn’t have a lot of stock available due to the global component crisis. This has made it difficult for buyers to get their hands on the new PS5.

Sony PS5 console was made available for pre-orders sharp at noon on 24th March. Based on media reports, the consoles will be delivered by 8th April.

The PS5 has two variants – the Digital Edition and the Standard Edition. While the former edition costs Rs 39,990, the latter costs Rs 49,990. Despite the price difference, both variants look similar in terms of design. Not just that, but even the specs is the same. The only difference is the presence or absence of a disc drive.

Even though Sony PS5 was launched in 2020, it still has limited stock available. This is happening because of the shortage of components that are required to manufacture the console. Sony has been struggling to maintain the production and supply chain of its latest gaming console.

The report states that Sony has shipped just 3.9 million PS5 consoles in the festive quarter of 2021.

Based on the report, the tech giant has shipped a total of 17.3 million units as of 31st December. The revenue of the gaming division dropped by 8% year on year to 813.3 billion yen, while the operating profit increased by 12.1% to 92.9 billion yen.

Sony’s image sensor division made a good amount of sales. It generated sales of 57.8 billion, which increased 22% year on year.

Sony PS5 is an advanced gaming console. It has a better design and far better specs than its last console PS4. Unfortunately, the tech giant is unable to maintain its supply chain.