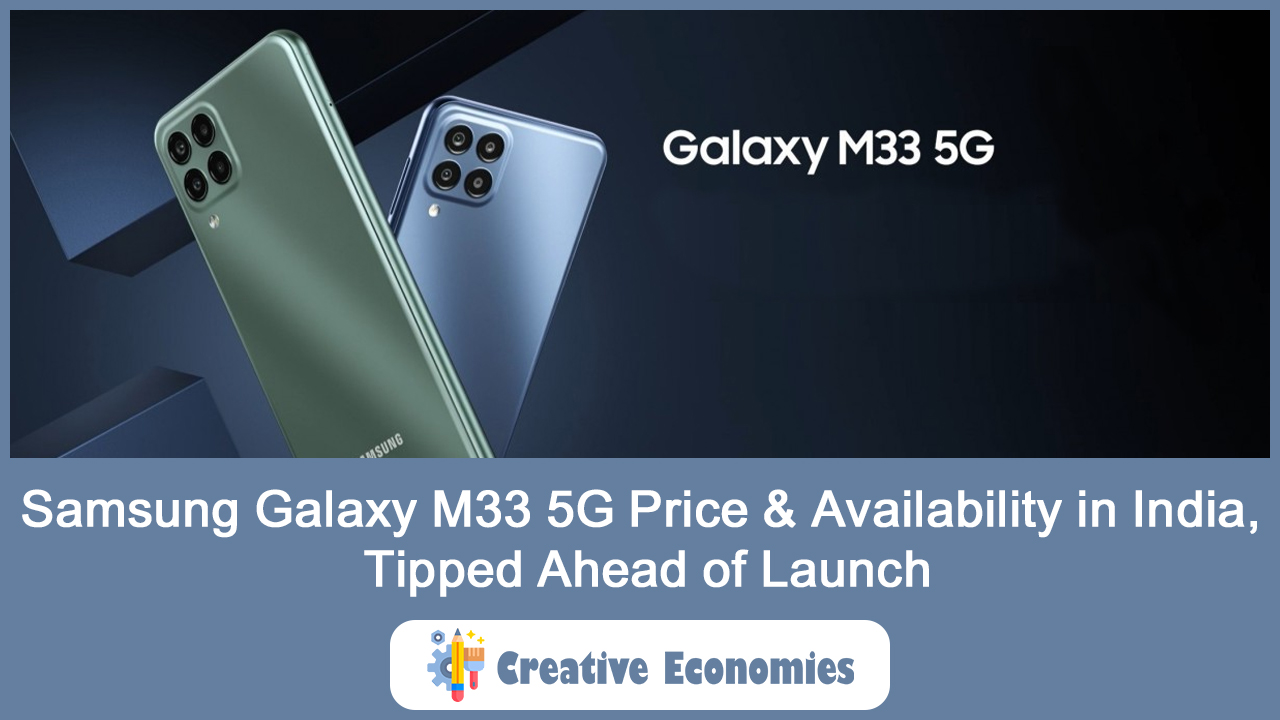 Samsung is all set to launch its new Samsung Galaxy M33 5G in India. The launch is expected to take place on 2nd April 2. The specs of the upcoming smartphone are already teased on Amazon.

The availability and price of Samsung Galaxy M33 5G is has surfaced online before the launch date on 2nd April.

Earlier this month, the Samsung Galaxy M33 5G smartphone was launched globally and now it is all set to arrive in India.

The new smartphone will have three different colour options in India. The handset in global markets is available in Brown, Blue, and Green colour options. The South Korean tech giant is yet to officially disclose any details regarding the availability and price of the new Galaxy M33 5G smartphone.

Based on the details shared by the tipster, the Samsung Galaxy M33 5G in India is likely to run on Android 12-based One UI 4.1. It is tipped to be equipped with an octa-core Exynos 1280 SoC chip along with 8GB RAM.

The smartphone is likely to feature a quad-camera setup at the back. It will consist of a 50-megapixel primary sensor, two 2-megapixel depth and microsensors, and a 5-megapixel ultra-wide angle shooter.

It is also tipped to have an 8-megapixel camera for video calls and selfies. Samsung Galaxy M33 5G is already launched in the global markets with 128GB of storage.

The handset is expected to have a 6,000mAh battery, with a 25W fast charging facility. It may also have a side-mounted fingerprint sensor and a 3.5mm headphone jack.