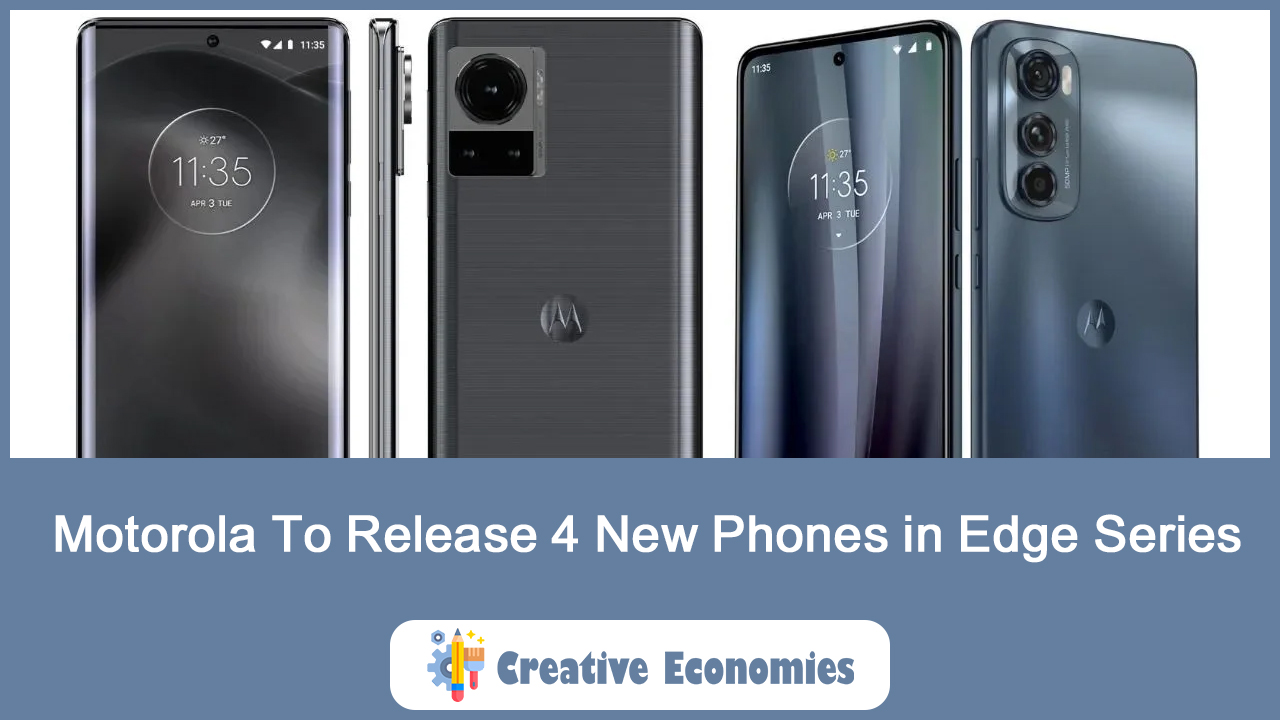 Motorola is planning to release four new smartphones in its Edge series this year.

Unlike other mobile maker brands, Motorola didn’t have an eventful time last year. This is because the brand didn’t launch any new high-end smartphones in 2021.

This year the brand made a comeback with a flagship model Motorola Edge 30 Pro. It is the same handset that is sold under the name Moto Edge+ 2022 in the US. Considering the current development, it seems that the company is gearing up to launch more premium handsets in its Edge series.

According to tipster Evan Blass, Motorola could launch four new smartphones in its Edge series with the first being the Moto Edge 30 Pro Ultra. Apart from this, the company is also tipped to release Motorola Moto Edge 30 along with a Lite version.

The company hasn’t announced anything related to Moto Edge 30 Pro Ultra. All the details circulating on the internet are based on leaks and rumours.

As per recent leaks, the Moto Edge 30 Ultra is likely to have a 200 MP back camera. If this rumour is true, Moto Edge 30 Ultra will be the first handset with such a high-quality camera. The primary camera is expected to have support for OIS. It is tipped to feature a 12 MP telephoto lens and a 50 MP wide-angle camera sensor with 2x zoom.

The Moto Edge 30 Ultra is likely to carry a Qualcomm Snapdragon 8 Gen 1+ SoC processor. The screen size is expected to be 6.67-inch with a refresh rate of 144Hz.

It might also come with a battery capacity of 4,500mAh with a 125W fast charging facility. According to sources, the handset is expected to launch in the third quarter of this year.

Moto Edge 30 Will Possibly Arrive In May

It is expected that Moto Edge 30 will be released by next month. Previously, it was spotted on Geekbench, which stated that the device could carry a Snapdragon 778G+ processor.

The company is expected to launch two more smartphones by this year. However, the official name of the devices is still unknown.

It is tipped to come with a new MediaTek Dimensity MT6879 processor. It may also support stylus like the Moto Edge 30 Pro. However, nothing is confirmed yet.