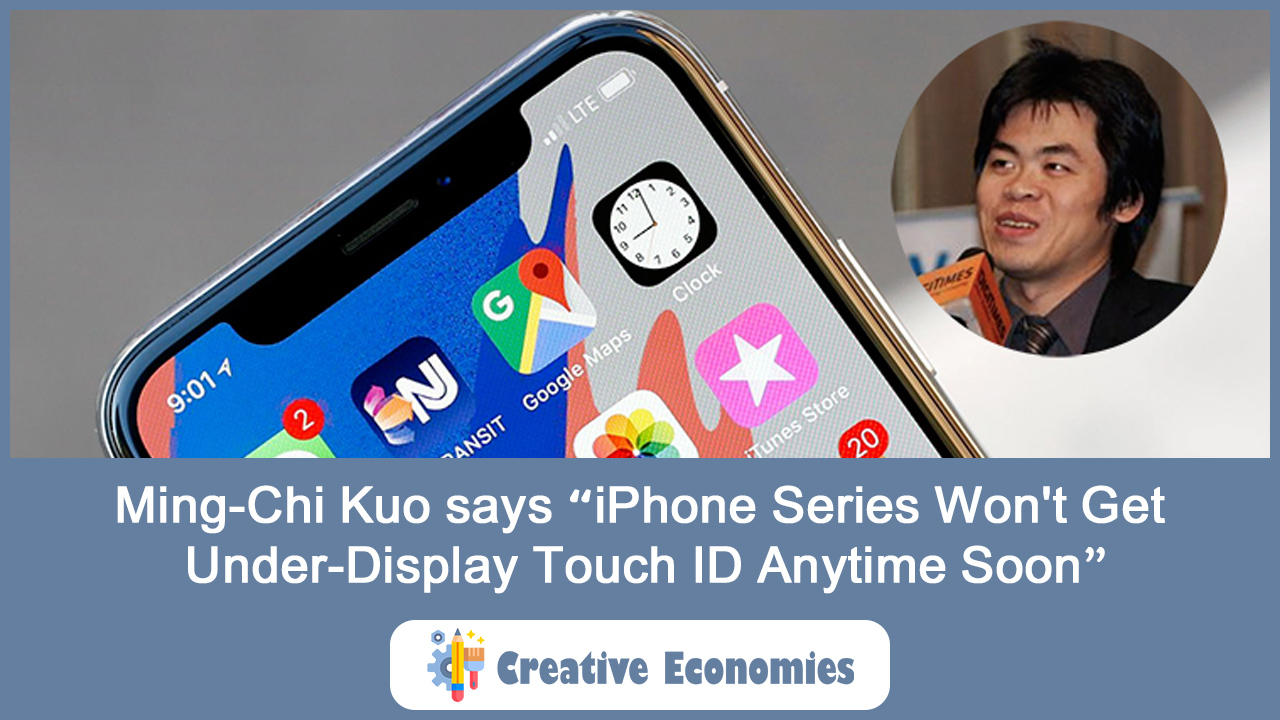 Previously, iPhone models were expected to feature an under-display fingerprint sensor by 2023.

According to reports, the upcoming iPhone 14 series may not have the under-display Touch ID.

A recognised Apple analyst predicts that Apple is not going to launch the Touch ID feature soon. This means iPhone users will have to wait longer to get their hands on the new feature on their iPhone devices.

The screen sizes of the upcoming iPhone 14 series were leaked by a tipster just a few days ago. Based on previous leaks, Apple iPhone 14 Pro Max and iPhone 14 Pro may have a taller screen to accommodate the new pill-shaped hole punch cut-out.

Some reports also suggest that the tech giant may introduce a new A16 Bionic SoC chipset in the new iPhone 14 Pro Max and iPhone 14 Pro. But as far as the non-Pro models are concerned, they are likely to come with the A15 Bionic chip which was launched last year.

Ming-Chi Kuo, TF International Securities and Apple watcher analyst tweeted that upcoming iPhone models in 2023 and 2024 may not have the under-display Touch ID feature. The possible reason behind this could be the Face ID with a mask on is already provided as a biometrics solution.

Previously, it was expected that the new iPhone 14 smartphones will have an under-display fingerprint sensor. But based on the latest reports, it seems that iPhone users will have to wait longer.

Based on a recent leak, Apple iPhone 14 is likely to feature a 6.06-inch flexible OLED display, whereas the iPhone 14 Pro will come with a 6.06-inch OLED LTPO screen.

The iPhone 14 Max is expected to sport a 6.68-inch flexible OLED screen, while the iPhone 14 Pro Max will come with a 6.68-inch OLED LTPO display. This information aligns with a previous report stating that Apple would drop the iPhone mini from this year’s iPhone series.

Another report suggests that Apple iPhone 14 Pro Max and iPhone 14 Pro could feature taller screens to accommodate the new hole punch cutout, which is likely to replace the display notch of old iPhone models.

Apple is also expected to introduce a new A16 Bionic SoCs chip in the upcoming iPhone 14 Pro Max and iPhone 14 Pro. However, the non-Pro models will feature the same A15 Bionic chipset, which was introduced in last year’s iPhone 13 series.