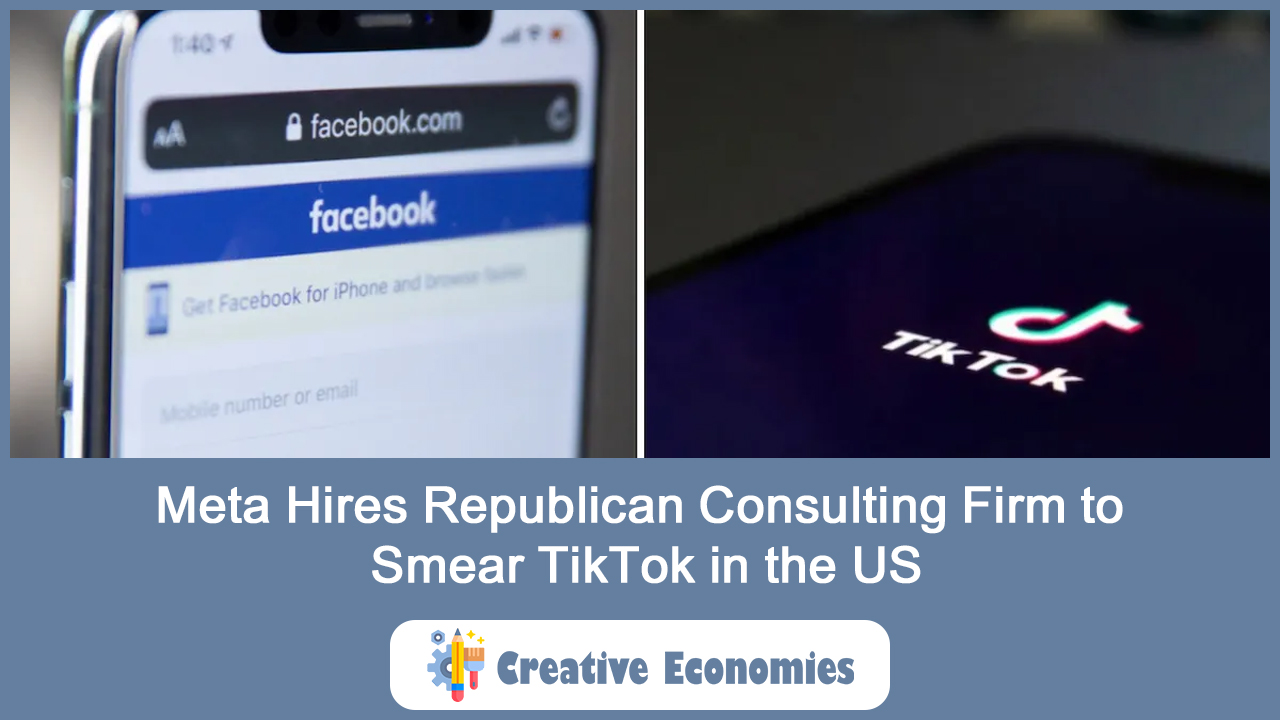 Meta is once again caught in the middle of a smear campaign.

Fast forward to 2018, it appointed the PR agency Definers to carry out opposition research on the company’s critics, including billionaire George Soros. Elliot Schrage, the long-time chief of communications, took the blame for hiring Definers and other firms. Soon after he resigned from Facebook.

On Wednesday, it is reported by the Washington Post Meta, the parent company of Facebook is once again relying on similar tactics to go after TikTok, a worthy rival.

Based on the report, Meta hired Targeted Victory, a Republican consulting firm to orchestrate a smear campaign against TikTok in the US.

According to reports, Targeted Victory has contracts with many PR agencies across the US. They have the power to influence public opinion against TikTok. They can plant harsh stories and carry out a nationwide campaign against TikTok.

Meta itself has confirmed the news of hiring Targeted Victory.

Spokesman Andy Stone said that all platforms including TikTok should experience some level of scrutiny as they continue to grow.

The CEO of Targeted Victory, Zac Moffatt, said that the company handles bipartisan teams on behalf of their clients.

In a statement, he said that everyone is aware of them working with Meta for years. He said that they are proud to have worked with them.

There are internal emails from Targeted Victory that shows that they have plans to carry out a campaign against TikTok to undermine the company. TikTok is a video sharing app owned by a Chinese company called ByteDance.

The motive of the firm is to turn political and public sentiment against TikTok.

According to reports, Targeted Victory has been working to get proactive coverage about Meta into local media, including submitting opinion pieces and letters speaking highly of Meta’s role in supporting Black-owned businesses.

In an email sent by TikTok, the company said that they are highly concerned about all the local media news on alleged trends posted on the platform that could cause real-world harm.

Meta is once again in the middle of a smear campaign, and this time it is targeting the rival company TikTok.