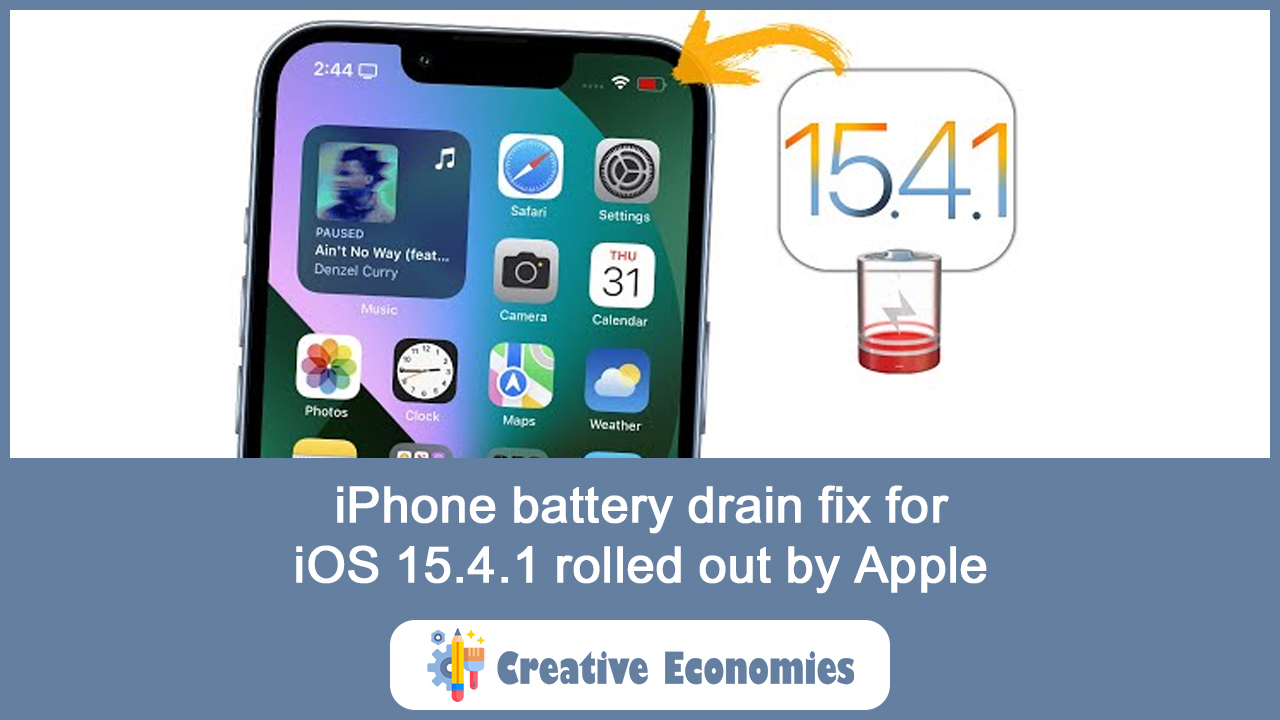 The latest iOS 15.4 update was accompanied by a nasty battery problem that drained the battery of iPhone users. The same issue was faced by several iPhone users, right after they updated their iOS to iOS 15.4.

According to users, their iPad and iPhone battery would get exhausted rapidly even when they are not using the device. The battery would drain in just a few hours.

Many users took to Twitter to let Apple know about the problem they were facing with the new iOS update.

Apple acknowledged the issue by saying that apps take some time to adjust to a new software update and therefore, they end up consuming more battery power. However, the tech giant recently rolled out a fix for the battery drain problem. The new iPad 15.4.1 and iOS 15.4.1 updates address the battery drain issue, including a few other improvements.

The iOS 15.4.1 improves the security of your device and also fixes some accessibility bugs. But most importantly, it fixes the battery drain issues that everyone was complaining about.

Previously, a lot of users reported that iOS 15.4 degraded their phone’s battery life. In response to this Apple, Support said that it was normal for apps to drain more battery as they need time to adjust to a new software update.

Apple released the fix for the battery drain issue for iPad and iPhones after two weeks of releasing the iOS 15.4 update.

The iOS 15.4 update brings many new features. The Face ID with a mask on feature is available only on the iPhone 13 and iPhone 12 series models. This feature can detect your face even if it’s hidden under a mask.

The tech giant, however, has said that the full-face scan is always more secure. This is only a nifty feature, but iPhone users couldn’t update to iOS 15.4 due to the battery drain issue.

The iOS 15.4.1 update comes with security fixes for iOS devices. This update is also meant for users who never faced any battery drain issues. Apple said that everyone should get the new iOS 15.4.1 update as it has the latest security features. Along with that it also contains fixes for some accessibility settings.

No comments to show.