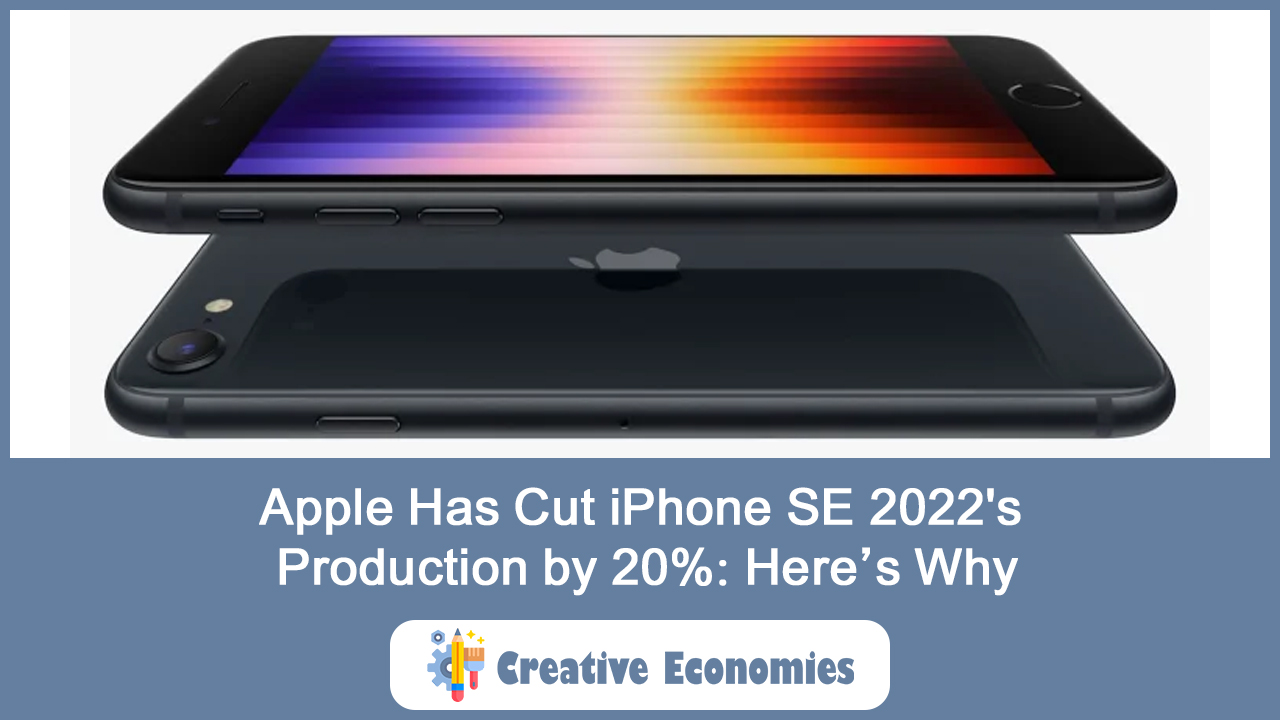 Apple is reportedly cut the production of iPhone SE 2022 by 20%. It seems like iPhone SE 2022 is easy to manufacture, but hard to sell. The said iPhone model has very low demand in the market, even lower than what the tech giant had expected.

According to media reports, the ongoing Russia-Ukraine crises combined with inflation have severely dwindled the demand for iPhone SE 2022.

This has led Apple to cut down iPhone SE 2022’s production by 20%. The iPhone maker is planning to manufacture only fewer iPhone SE 2022 models in the next quarter. The tech giant decided to reduce the numbers to what it has planned originally.

The ongoing Russia-Ukraine conflict along with inflation have heavily affected the demand for electronics products, stated a recently published report by Nikkei Asia. It is worth noting that the lower demand for new electronics and smartphones has put the tech industry under a lot of pressure.

The Cupertino tech giant has also asked its suppliers to reduce the production of the entire iPhone 13 series. But a Nikkei Asia report states that this adjustment was made considering the seasonal demand.

A previous report suggested that iPhone SE 2022 sales are likely to reach the 30 million mark this year. This prediction was based on the 5G capabilities of the newly launched 2022 iPhone SE model which was expected to boost the latest entry-level model by Apple, especially in outer regions of China.

Luke Lin and Sean Lin, DigiTimes research analysts said that the tech giant has sufficient resources to manufacture about 5 million 2022 iPhone SE models in Q1 of this year. However, they also claimed that the shipments for the more budget-friendly device are likely to be lower than in the first quarter.

Based on Digitimes Research data, the new iPhone SE 2022, and other new 5G smartphones from Samsung and Chinese manufacturers, are expected to boost the shipments of 5G smartphones outside China this year.