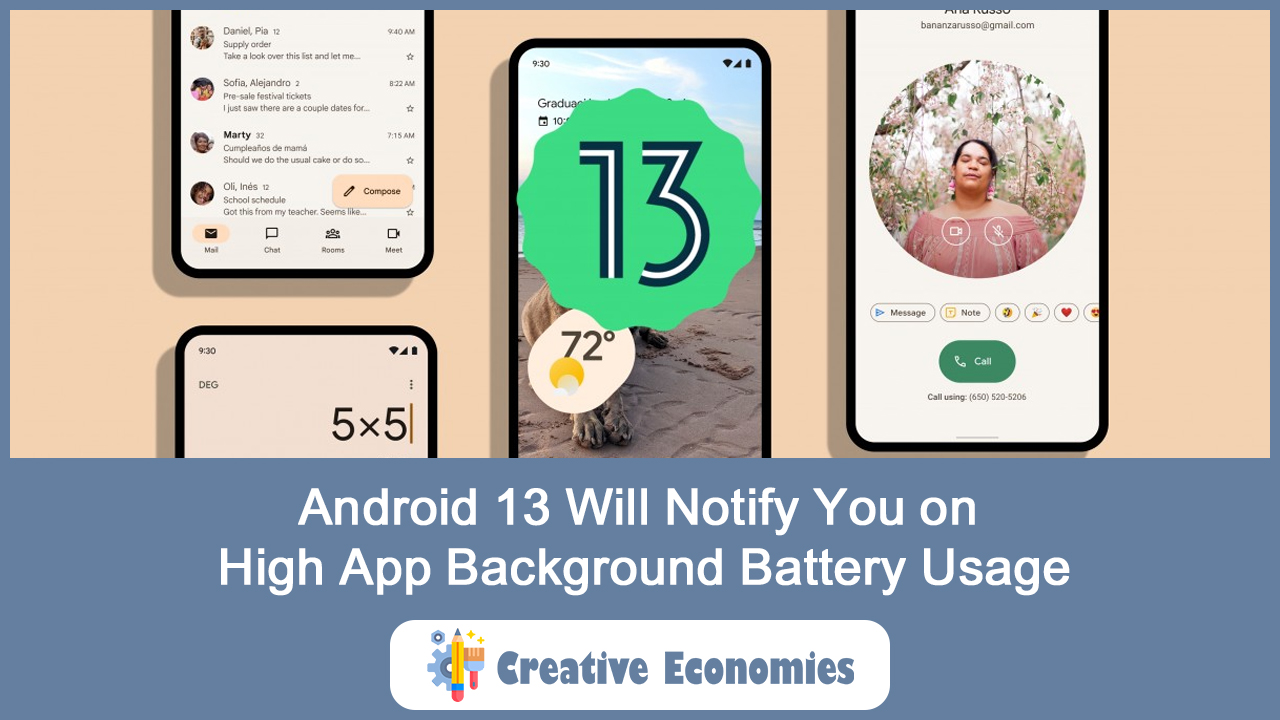 Google recently introduced the second developer version of the upcoming Android OS. The tech giant also announced that the new Android 13 will include a feature to help battery life.

In a company blog post, Google revealed that the upcoming Android 13 will include an alert system that will let users know if an app is consuming a large amount of background battery.

The company said that Android 13 comes with an alert system that appears when an app drains excessive background battery in 24 hours.

Google was also said that this new feature will work for all installed apps that run on Android 13, regardless of the SDK version.

According to Google, the system assesses an app’s battery usage by taking into account the work it does in different places. These include background services, foreground services, work tasks, broadcast receivers, the app’s cache, and more.

To some users, all this may sound a bit too technical. In simple words, the upcoming Android 13 will assess all installed apps in your phone more aggressively than before. This will help make the battery life last longer.

This is an important feature for users as it will let them know which app is consuming how much battery. They will also get to know if an unused app is draining the device’s battery by running in the background.

However, Google mentioned that this feature will exempt some apps. These will include VPN apps, system apps, persistent apps, companion apps, device owner apps, profile owner apps, and apps running in demo mode.

The tech giant also mentioned that if users tag any app as “unrestricted”, then the system will not notify them even if the app consumes a lot of battery.

As of now, the tech giant is yet to announce the exact release date of the user version of Android 13. However, the company is expected to introduce the first beta version of the new Android OS in April 2022. As far as the stable version is concerned, it is said to arrive in September or October.